Autistic fatigue is written by Ronnie Pinder who is a self-advocate, consultant, mentor and trainer.

One of the things that people who know me seem to fail to understand about me is why I am always so tired. I can’t actually remember the last time I didn’t feel tired, it is so much an accepted part of my life.

When I was a young boy I managed to blend in reasonably well at school. Yes, some of my peers considered me a little odd or a bit of a loner but, on the whole, I pulled off the autistic skill of ‘masking’ fairly well, even though I didn’t actually know at the time that that was indeed what I was doing. So much concentration and effort went into trying to fit in that at the time I wouldn’t really notice the fatigue. That would hit me later, once I arrived home and could be myself. At school I would suppress the physical and vocal stims I did for fear of being bullied. I would use a lot of energy to play the role that would get me through the school day. It was little wonder that by the time I reached home I was exhausted. 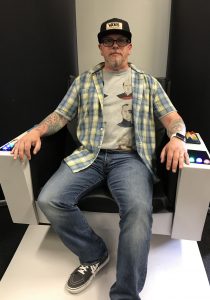 Fast forward to adulthood and things were pretty much the same. At work I would hide my stims and would concentrate on fitting in, not allowing my colleagues to see that I struggled with things that they didn’t seem to. Social interaction was exhausting for me and yet they seemed to know all the cues and etiquette instinctively. At this point I had no idea why I struggled. It would only be in my mid 40’s that I would receive my diagnosis and discover that all of my struggles were because I was autistic. It explained the difficulties with social interaction and the stimming. It explained the sensory problems I’d always had difficulties with and I finally understood why I was so tired from trying to be like a neurotypical. It’s because I’m not. I’m autistic and I was suffering from autistic fatigue.

Fast forward to another three years after my diagnosis and my life has changed in many ways but not in others. I’m still exhausted. At least now I know why. Even though I’m very open about being autistic I still find myself masking a lot. It’s a hard habit to get out of when you’ve done it for so long but very slowly, each day the mask slips a little further. I can’t wait for the day when it drops to the floor and I can stamp on it. 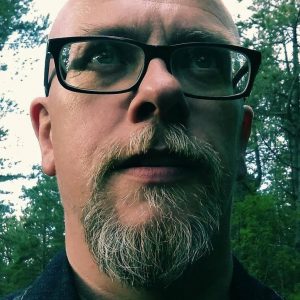 Autistic fatigue in daily life and the causes

So, the next time you go to say to me (or somebody like me) that you’d never have known I’m autistic, consider the following. Each morning when I leave the house my anxiety kicks in. Within minutes my heart rate has increased and my breathing has become much more difficult. I don’t usually even know why. It’s probably because, no matter how planned it is, you never really know what each day is going to bring. For the autistic person that is stressful. When I get to wherever it is I’m going it usually involves entering a building. That plays havoc with my senses. New sights, sounds, smells and people. I have trouble filtering sound so it comes at me all at once and with the volume turned to maximum. I have difficulties with certain lighting which makes me very dizzy and disorientated. But I smile and reattach the mask and I play my role. Throughout my day I often have to socialise to some degree. I have to figure out when it’s my turn to talk, when to smile, what body language to use and to make it all look natural. By then I usually have a headache and throughout the day I’m battling with nausea and stomach pains as, like many autistic people, I have several co-morbid conditions. Later on I may have the school run to do which will involve a whole new set of rules that don’t come with a manual. A different set of people that I may have to interact with and a change of setting with different sounds and distractions to contend with. A new role to play. All of this I may have had to do on three hours sleep because I don’t sleep well. My brain doesn’t seem to know how to switch off. By the time I get home for the day I may want to retreat to a quiet corner for a while and simply not speak. So, when you next hear an autistic person say that they’re all “peopled” out don’t dismiss it, especially if you think they don’t seem to have done much that day. Autistic fatigue is very real and it is truly exhausting. 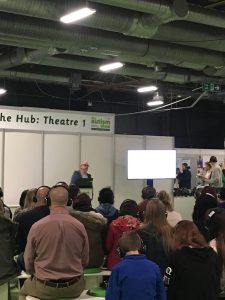 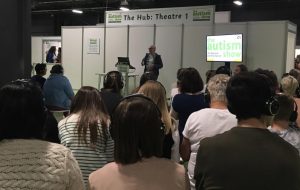 Autistic fatigue is written by Ronnie Pinder who is a self-advocate, consultant, trainer and mentor. You can view Ronnie’s profile on the Living Autism website here.

If you need help looking for services for an autistic person, we will do our best to help. Click below for the Autism Placement Support Service. 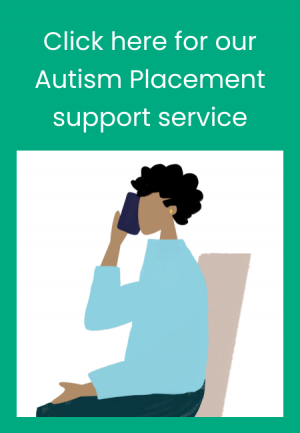