In celebration of women’s journeys over the past 100 years and to highlight some amazing achievements for World Autism Day 2018, we are focusing on three incredible women who have made a real difference to the lives of many people on the autism spectrum in the United Kingdom. 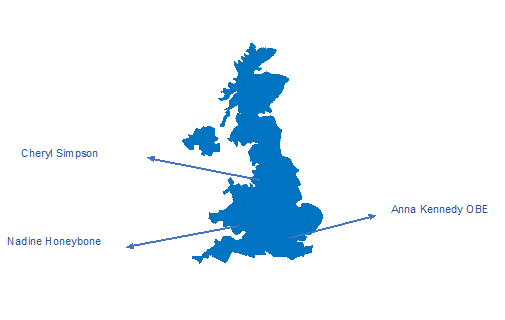 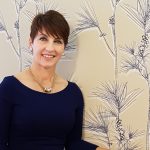 Currently, Anna Kennedy is known for the charity Anna Kennedy Online, which is the organiser of the national autism celebration events, Autism’s Got Talent and the Autism Hero Awards. These events provide an opportunity for autistic people to showcase their talents. They also provide a platform to recognise autistic and non-autistic professionals for the support and opportunities they offer whatever an autistic person’s aspirations might be.

Anna Kennedy’s drive and determination have helped her through a roller-coaster journey. Anna and her husband, Sean Kennedy, have two autistic sons. When their children reached school age, Anna and Sean found there were no schools to cater for their sons’ needs. Determined to give their sons the best start in life, Anna and Sean re-mortgaged their house and set up their own school, Hillingdon Manor. The school opened with 14 pupils in 1999 and is now supporting 150 pupils.

Anna is very aware of some of the skills and strengths of autistic people and she wanted to let the country know as well. Through the charity, Anna Kennedy Online, she organised the first autism talent show in 2012. This has become an annual event with shows around England. As well as Autism’s Got Talent there are the Autism Hero Awards which celebrate excellence in the autism world. The event has been running since 2016.

Anna works hard at spreading awareness of autism spectrum conditions and through her incredible work, many people are being better supported and have more opportunities than before. 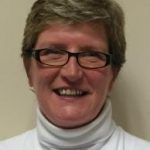 Space4Autism is a support group set up by parents in 2005 in Cheshire. A handful of parents met in a room above a pub to lend each other support. Space4Autism has grown so big that in January 2018 they celebrated the opening of their new 2-storey autism hub.

There are after-school clubs, under-4s clubs, sports clubs, yoga clubs, parent/carer support events and workshops. Soon there will also be a café where all members of the local community can drop in. This can also serve as workplace experience for some autistic young adults.

The growth of Space4Autism can be attributed to one of the founders, Cheryl Simpson. Cheryl has two sons on the autism spectrum. The lack of local support has driven her to provide more and more opportunities for autistic people of all ages.

Space4Autism also has close links with the Cheshire East local authority and the NHS. This helps to ease the complex processes which families need to go through in order to access support.

Cheryl gave up her career to give all of her available time to the autism hub. The hub is a real model for local support. 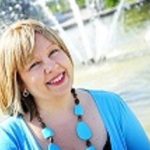 The Autism Directory is a national website where people can search for autism-friendly resources in their local area from all around the country. This could be from CAMHS to therapies to coffee shops.

As well as a resource directory, the charity now offers an Autism Friendly Mark and an Autism Resource Kit. They offer a business ‘back-office’ for adults on the spectrum who would like to have their own business and they also offer support through TAD Talks for autistic people who would like to launch their speaking career.

In addition, the charity now runs successful Job Clubs with the Job Centres supporting adults with autism from getting job ready through to support in work and they also employ over 50% of their staff on the spectrum.

Nadine Honeybone set up The Autism Directory charity in 2010. Nadine has a son on the autism spectrum. She gave up her job in the City to dedicate her time to her son and to the charity.

Thanks to Nadine’s dedication and commitment, autistic people of all ages and their families/carers know where to go to access a supportive environment. 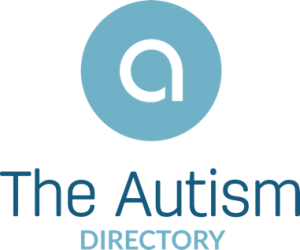