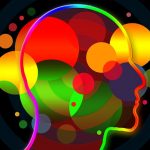 This article offers a brief overview of autism and comorbid conditions.

Autism is often linked with other conditions. Where one or more conditions co-exist, they are called comorbid conditions.

The characteristics of autism, according to DSM 5, are as follows –

Autism is most often, but not exclusively, linked with intellectual disabilities, ADHD, OCD, epilepsy and childhood-onset schizophrenia.

Research continues to establish more exact comorbid figures; however, below are the numbers at the time of writing –

According to Autistica, 79% of autistic adults are also affected by mental health issues such as depression. 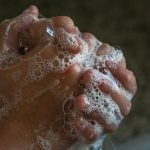 There are several overlaps in the observed behaviours of autistic people and those who have obsessive compulsive anxiety disorders.

Repetitive behaviours and recurrent, intrusive thoughts are characteristics of both conditions. This makes it difficult for clinicians to distinguish between the two. Figures for comorbidity of autism and OCD are around 17% (van Steensal et al, 2011) and (Russell et al, 2016).

Behaviours which are repetitive in autism can be a result of sensory differences where an individual is sensory-seeking and self-regulating. Therefore, it is an enjoyable behaviour. In OCD the repetitive behaviours are as a result of anxiety, worry and fear or compulsions. Therefore, they are a distress. More information can be found here. 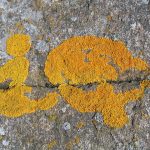 Autistic people tend to have spiky profiles. In other words, they can excel in some areas and find other areas extremely challenging. This makes it difficult to gauge the level of intellectual disability in people on the autism spectrum.

The level of comorbidity of autism and intellectual disability depends on which tests are used.

A study by Baio et al published in 2018 found that amongst autistic children, 32% scored equal to or below 70 on the IQ test given. This indicates a co-morbid intellectual disability.

More information can be found here.

Where autism and ADD/ADHD exist (around 30% – 50% of autistic people), the challenges which present at the forefront are around executive functioning, as this is a challenge in both conditions.

Characteristics of ADD/ADHD centre around – 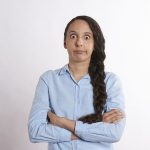 More information can be found here.

Autism and schizophrenia are distinct conditions although they have shared clinical characteristics.

Autistic people and those with schizophrenia both display – 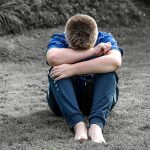 However, it is to be remembered they are distinct conditions and any intervention must address the issues of each condition. Diagnosticians must also be trained in both conditions so as not to miss the characteristics of either one.

The onset of epilepsy in individuals diagnosed with autism is between 8 and 26 years of age according to a study by Hara with approximately 20% of autistic individuals also experiencing epileptic seizures.The study showed there were two types of seizure – partial seizure and generalised seizures.

Generalised seizures could include atypocal absences and massive myoclonic seizures (seizures with jerks that could throw the person to the floor).

Typically, seizures are treated with medication.

Autism is a condition in its own right and interventions must take into account autism characteristics and the underlying reasons why autistic individuals experience the world differently from non-autistics.

However, some individuals will be diagnosed with autism and comorbid conditions.

Therefore, autism can present as complex when diagnosed with other conditions. Each of the diagnosed conditions needs to be supported in the most appropriate way for that particular condition.